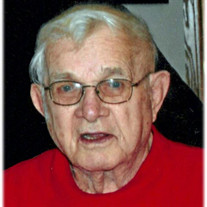 Roger Budd Tompkins, 86, passed away on August 30, 2020 at home, surrounded by loved ones. He was born on April 12, 1934 in Traverse City Michigan to the late Robert and Myrtle (Oman) Tompkins. Budd had a successful high school football career that included all-state honors. He joined the US Army during the Korean War where he played football. When he was discharged he attended Northern Michigan College where he continued to play ball as a guard for three seasons. He was equally successful as a coach, teacher, and high school guidance counselor and spent the next four decades influencing many lives. He coached football at Skandia, Big Bay, Coldwater, Frankenmuth and Traverse City Schools. Budd was named the Detroit News “All Class Coach of the Year” in 1969. He was on the Detroit Free Press football All State Board Committee and the United Press International All State Board. He received a special commendation for his coaching from the Michigan Legislature and was named regional Coach of the year in 1974. He was inducted into the NMU Distinguished Alumni Hall of Fame in 1984. Budd loved to fish, especially fly fishing and tying flies. He enjoyed cooking, and in his later years he became an accomplished water color artist and wood carver. For Budd, “Impossible” never was. When he was ailing in the last week of life he said, “I feel so… Lucky.” He was a proud, but humble man who touched many. Budd is lovingly remembered by his wife of 63 years, Gretchen Tompkins, children: Lisa Gorence, (Ken Johnson), Jennifer (Bertrand) Rigaldies, Paul (Meredith) Tompkins, grandchildren: Kyle Gorence, Kelsey (Jared) Powell, Emily (Jorge) Correa, great grandchildren: Carley and Robbie, siblings: Denise (Steve) Fasbinder, Joe (Judy) Tompkins, and siblings in law: Mary Fisher, Louise (Gene) Fry and Thomas Olmsted. Budd was preceded in death by his parents, in-laws Kenneth and Margaret Olmsted, siblings: Bobby, Nancy, Betty, Deke, Tommy, Phyllis, Barbara and Jerry. A celebration of life will be held for Budd on Sunday, October 25, 2020 from 2:00 PM to 3:00 PM at the Frankenmuth Football Field in Frankenmuth MI. In lieu of flowers, donations can be made in Budd’s honor to the Salvation Army. Online: https://give.salvationarmyusa.org/give/164006/#!/donation/checkout Arrangements have been entrusted to Kalkaska Funeral Home and Cremation services.

Roger Budd Tompkins, 86, passed away on August 30, 2020 at home, surrounded by loved ones. He was born on April 12, 1934 in Traverse City Michigan to the late Robert and Myrtle (Oman) Tompkins. Budd had a successful high school football career... View Obituary & Service Information

The family of Roger "Budd" Tompkins created this Life Tributes page to make it easy to share your memories.

Send flowers to the Tompkins family.