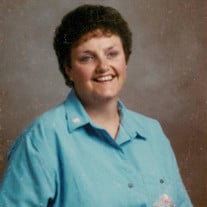 Pauline Mae Mottice-Palmer, 74, of Kalkaska, passed away on Thursday, April 4, 2019 at her home. Born on July 14, 1944 in Navarre, Ohio, she was the youngest daughter of the late John and Emelia (Wearstler) Nofsinger. Pauline became an LPN after high school and immediately went to serve others. She continued in nursing for over 45 years, which included a five year stint working as an EMT in Kalkaska. She served as Dr. Olm’s nurse for nearly 30 years. Pauline and her first husband William Mottice built their log home by hand along with their children. After losing William suddenly in 1989, she continued raising her children alone until 1994 when she married Lloyd Palmer. Pauline loved to be active and enjoyed many things throughout her years. She was a Cherry Festival Ambassador for 20 years, served in the Red Hat Society and DeColores Ministry. In her younger years she really liked to garden, she also enjoyed going up to Mackinac Island, especially during the Lilac Festival and loved to read in her spare time. Pauline would go down to Ohio to visit the Amish countryside as well as taking time to go camping. She was an amazing baker and made sometimes up to 20 different types of cookie at Christmas time. Pauline is survived by her husband Lloyd Palmer; children: Ronda(David) Stewart, Aimee (Chad) Bissonette, and Oliver Mottice; step children: Randy and Paul Palmer; grandchildren: Alaina, Natalia, Lydia, Sara, Marton, Elijen, and Dustin; her sister Rose Whitmore; and many brothers and sisters in law, and nieces and nephews. She was preceded in death by her parents, first husband William Mottice, daughter Jenny Lou, and many brothers and sisters. Memorial contributions may be made in Pauline’s name to Kalkaska Memorial Health Center – Long Term Care. Visitation will be from 1-3pm on Sunday, April 7th at Kalkaska Funeral Home. The funeral service will begin at 3:00 pm following visitation in the Chapel of Kalkaska Funeral Home with Pastor Timothy Manzer presiding. Burial will take place at Excelsior Township Cemetery. Arrangements have been entrusted to Kalkaska Funeral Home and Cremation Services.

Pauline Mae Mottice-Palmer, 74, of Kalkaska, passed away on Thursday, April 4, 2019 at her home. Born on July 14, 1944 in Navarre, Ohio, she was the youngest daughter of the late John and Emelia (Wearstler) Nofsinger. Pauline became an LPN after... View Obituary & Service Information

The family of Pauline Mae Mottice-Palmer created this Life Tributes page to make it easy to share your memories.

Pauline Mae Mottice-Palmer, 74, of Kalkaska, passed away on Thursday,...

Send flowers to the Mottice-Palmer family.