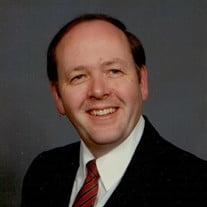 Paul Mark Karges, 69, of Rapid City, passed away on Saturday October 29, 2016. Paul was born to the late Willis and Edna Fern (McBride) Karges on July 22, 1947 in Bismarck, North Dakota. He graduated from Vennard College, Des Moines, Iowa with a BA Degree in Pastoral Ministry. He was ordained in 1972 by the Missionary Church denomination, he then pastored in the New Miami Missionary Church, the Swanton Missionary Church, and the Philipsburg Missionary Church, all located in Ohio. He went on to pastor in the Grandville Wesleyan Church in Michigan and the Ellisburg Wesleyan Church in Pennsylvania. He also pastored The Peoples Church in Kalkaska and at the time of his death, he was pastor of the Rapid City Church of Christ. During his time in Pennsylvania he taught Special Education in the school system and worked for the Olney Funeral Home in Ulysess. Paul enjoyed working with wood, fixing things and gardening. While in Pennsylvania he thoroughly enjoyed working on a dairy farm. If he saw something that needed fixing or could be made better, he was always anxious to try his hand at it. Paul was a devoted, loving husband and friend to his wife Paula, who survives him. He was a wonderful father and grandfather and leaves behind two daughters; Emily (Vince) Paulus and Melissa (Matt) Lutz, seven grandchildren, two sisters; Susan Grace (Lynn) Ealing and Ruby Lynn (Brian) VanderArk, two brothers; Rev. Wayne Anthony (Kathy) Karges and Rev. Edward Lee (Claudia) Karges, along with several nieces and nephews that he loved. Paul was preceded in death by his parents and sister Betty Ann Krick. Visitation will take place on Friday, November 4, 2016 from 7-9 pm. The funeral service will be on Saturday November 5, 2016 at 11:00am, final visitation beginning at 10:00am both at the Kalkaska Funeral Home. Interment will follow at Clearwater Township Cemetery. Memorial Contributions may be made in Paul's honor to the American Cancer Society or the Munson Hospice House. Arrangements entrusted to Kalkaska Funeral Home.

The family of Paul Mark Karges created this Life Tributes page to make it easy to share your memories.

Paul Mark Karges, 69, of Rapid City, passed away on Saturday...

Send flowers to the Karges family.