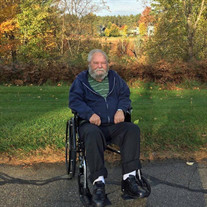 Gerald W. Arlt, “Grizz”, of Kingsley kicked the bucket on the 20th of July, 2016, when his tired and worn out body finally gave out at age 76. He lasted a lot longer than the doctors thought he would after his 5 way heart bypass back in 1995. Vicky, his wife of 41 years, reminded him regularly how lucky he was to have all those extra years with his 4 children and then later with his 14 grandchildren. Unfortunately, he got bit by the dementia bug shortly after his retirement and ended up with a slew of health problems in his twilight years. Though he beat the odds several more times over the past few years, this last time finally did him in. He passed on quite peacefully between one breath and the next with Vicky and his youngest daughter at his side. He often complained to Vicky and his daughters Ginger, Miranda, Jessica and Shana that they “should just take him out back, shoot him, and dump him in a hole.” Though once in a while tempted, they never actually considered it. Instead they each worked hard in their own way to keep him safe and healthy and living at home for as long as they possibly could. They did their best to make his last years good ones - without a lot of help from him. You might think after all that, that they would be glad to be done with him, but in fact while they are glad he isn't suffering, in pain or confused any longer, they already miss having him around and wish he could have had just a little more good time left in him. In addition to Vicky, Ginger, Miranda, Jessica, Shana and his sons in laws Jim, James, John and Tino, Papa will be missed by his grandchildren Desirae, Dayzee, Jayde, Sunny, Samantha, Ciarra, Shamus, Izarra, Dominic, Treyvor, Logan, Violet, Zebastian and Xander. Since he never much liked a crowd, there won’t be any special services, but later this summer he will get his final wish when the family gets together to put his ashes in a hole out back while we remember the good ole days together such as how he loved to travel and go on camping trips. The way he made sure his kids knew their way around basic auto maintenance. How he served his country in the U.S. Army and came home to build his own home on the farmstead where he was born and raised. We will talk about how he enjoyed holding the babies and laugh about how many times he filled the freezer with venison by hitting a deer with his car. We might even enjoy his favorite meal of hot beef with potatoes and gravy - hold the vegetables! All in all, he had a pretty good run and we sure will miss him. In lieu of any memorials, Gerald’s family ask that you make a contribution to those around you by supporting, encouraging and sharing of your self, time and love with them every day. Make the most of every moment you have. Arrangements entrusted to Kalkaska Funeral Home and Cremation Service.

Gerald W. Arlt, &#8220;Grizz&#8221;, of Kingsley kicked the bucket on the 20th of July, 2016, when his tired and worn out body finally gave out at age 76. He lasted a lot longer than the doctors thought he would after his 5 way heart bypass... View Obituary & Service Information

The family of Gerald "Grizz" Wayne Arlt created this Life Tributes page to make it easy to share your memories.

Gerald W. Arlt, “Grizz”, of Kingsley kicked the bucket on the...

Send flowers to the Arlt family.