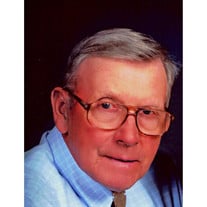 Frank John Vyverberg, 83, of South Boardman passed away Friday, April 1, 2016 in Traverse City. Frank was born to Frank and Libbie (Semerad) Vyverberg in Saranac, MI on January 29, 1933. Frank grew up on the farm on Bass Lake Rd., South Boardman. He attended Rowe School and graduated from Kalkaska High School. He joined the US Navy and served on board the USS Fred T. Berry, a Gearing-class Destroyer. He began a career as a butcher at Leo’s Market, Lodi and later pursued this vocation in Sunfield, MI . He was known in more recent years for his ability to skillfully turn a beef or venison into prime cuts in record time. He spent twenty plus years first as a meat inspector and then a fruit and vegetable inspector for the State of Michigan from which he retired. Frank was a member of the American Legion and of St. Mary of the Woods Parish, Kalkaska. He was preceded in death by his parents, his wife, Margaret, his sister, Violet Courtnay and infant brother Bobbie. He is survived by his sister Carol Hart, son Randall (Norma) and grandchildren William, Benjamin and Rebecca. Whether hunting deer, fishing, baling another field of hay, fixing a tractor or butchering a beef, Frank was always busy. There was no such thing as “retirement”. He was a prankster, a tease and always ready with a “smart crack”. His jovial laugh could be heard where ever he was. There was another side to Frank which was shown by his willingness to help others, teach them the skills he knew so well or just sit and visit. His greatest pride was of his son, Randy, and his family. He always insisted that friends join him at his favorite eating place, Randy’s Diner, of course! Visitation will be 5-8 pm on Tuesday, April 5, 2016 at Kalkaska Funeral Home. A funeral mass will be held at 11:00am, with final visitation beginning at 10am, on Wednesday, April 6, 2016 at St. Mary of the Woods Catholic Church in Kalkaska. Burial will take place in Lodi Cemetery. In lieu of flowers donations can be made in Frank's name to the American Cancer Society. Arrangements have been entrusted to Kalkaska Funeral Home and Cremation Services.

The family of Frank John Vyverberg created this Life Tributes page to make it easy to share your memories.

Send flowers to the Vyverberg family.