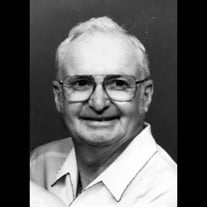 Douglas A. Phelan, 92, of Kalkaska, passed away on September 29, 2020. He was born on June 16, 1928 in Albuquerque, NM to the late Charles and Gladys (Green) Phelan. Married Shirley A. (Carroll) Phelan November 12, 1955. Served in the US Coast Guard for 23 years, primarily on the Great Lakes. He was stationed at Harsens Island and East Tawas, and retired in 1968 as a Master Chief Boatswains Mate. Doug returned to Harsens Island and managed Champion’s Car Ferry between Algonac and the island. He later returned to Albuquerque to work in construction. In 1977 the family settled in Kalkaska, where Doug worked for Kal Con for several years. Upon retiring Doug and Shirley spent many years traveling the country. Always ready to tell a good story and share a laugh, Doug will be remembered for his quick wit and gift of gab. Retirement provided him time for many projects, from rebuilding classic wooden boats to refurbishing used lawn and garden equipment. An avid gardener, his sweetcorn was treasured by his family and ‘deer’ friends. Doug is survived by his bride Shirley of nearly 65 years, “to have and to hold and do as you’re told” was one of his favorite jokes. Doug is also survived by his children Chuck (Mary) Phelan, Tucson, AZ; Mike (Ellen) Phelan, Oak Island, NC; Pat (Pam) Phelan, Mancelona, MI; Carrole (Paul) Bugh, South Boardman, MI. Grandchildren Josh (Connie) Phelan, Kevin (Emily) Phelan, Jenny (Dan) Cramer, Lauren (Robert) Michael, Heather (Mike) Brown, Felicia Phelan, Billy Hicks and 10 great grandchildren, his sister Bonnie Phelan (Albuquerque) and many nieces and nephews. Per Doug’s wishes no memorial service will be held.

The family of Douglas A. Phelan created this Life Tributes page to make it easy to share your memories.

Douglas A. Phelan, 92, of Kalkaska, passed away on September...

Send flowers to the Phelan family.