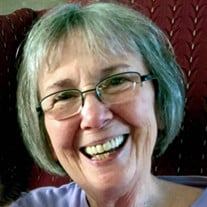 Doris Jane Allen Forsythe went to be with her Lord and savior March 5, 2019 with her husband by her side at their residence in Fife Lake. She was born on June 29, 1947, to Paul Shafer Allen and Mildred Cooper Allen of Pottsville, Pennsylvania. As a child she grew up close to her cousins, Bob and MaryAnn (Pugh) Allen, and was active in the First United Methodist Church. She graduated from Pottsville High School in 1965, where she learned to play the bagpipes and enjoyed Friday night football games. She loved her hometown and its people, mountain laurel in the springtime, and the giant statue of Henry Clay on the mountainside. She attended York Junior College in 1965 and graduated in 1967 with her best friend from high school, Melinda Mootz, and later graduated from the Wisconsin Institute of Mortuary Science in Milwaukee. On January 11, 1969, she married Douglas A. Covell, and they moved to Michigan, where they would establish their funeral home business in Traverse City. In 1973, they had a daughter, Nikole P. Covell (Channels). Doug and Doris divorced in 1975. Doris attended Michigan State University, graduating in 1980 with a degree in Social Work. She worked for fifteen years at Osteopathic Hospital in Traverse City, quickly becoming the director of medical social work and assisting patients and their families in patient services, care placement, and grief counseling. She also served at Williamsburg Recovery Center where she counseled those overcoming addictions. Doris later served as a disability examiner for the State of Michigan. She also worked part time in her retirement for the Kalkaska Funeral Home. On August 21, 1999, Doris married Jeffry Forsythe, who shared with her his love of Percheron draft horses. They established Willowcrest Farm and Carriage Service, and were active for years in the Michigan Draft Horse Association. Those who knew Doris knew she was a loyal friend, strong in her faith and love for Jesus her Savior. Her family and her grandchildren were her pride and joy, and she continually showed kindness and compassion for people and animals. She stood up for truth, and unapologetically lifted up a high standard for living what she believed. She wanted others to find their identity in God's love, and live their best lives. She touched many lives with her grace and listening heart, and she will be greatly missed. A celebration of life will be held for Doris at the Kalkaska Funeral Home On Saturday April 20, 2019 at 1:00 PM. In lieu of flowers please make donations to the American Bible Society. Arrangements have been entrusted to the Kalkaska Funeral Home and Cremation Service.

Doris Jane Allen Forsythe went to be with her Lord and savior March 5, 2019 with her husband by her side at their residence in Fife Lake. She was born on June 29, 1947, to Paul Shafer Allen and Mildred Cooper Allen of Pottsville, Pennsylvania.... View Obituary & Service Information

The family of Doris Jane Forsythe created this Life Tributes page to make it easy to share your memories.

Doris Jane Allen Forsythe went to be with her Lord and savior...

Send flowers to the Forsythe family.