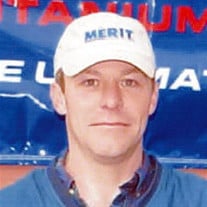 Carl “Frank” Francis Brant, 55, of Rapid City, passed away Friday, November 25, 2016, tragically in a house fire. Frank was born on December 10, 1960 in Trenton, Michigan to Carl and Janet (Liedel) Brant, he grew up in Maybee, Michigan and was a 1979 graduate of Monroe High School. Frank was an avid outdoorsman; he loved fishing, golf and hunting. He worked as a tradesman for many years, talented in many different aspects. Frank loved woodworking and stonework and he moved to northern Michigan in 2000. Frank is survived by his parents Carl and Janet Brant of Mancelona, a brother James (Nancy) Brant of Maybee, a sister Leannada (Matt) Bruck of Maybee, a sister Pam Gardner of Newport and a brother Paul (Jackie) Brant of West Palm Beach, FL, many nieces and nephews, cousins, aunts and uncles and friends. Frank was preceded in death by his grandparents Frank and Martha Brant, Russell and Cora “Lee” Liedel, and infant brother Lary Brant and a niece Chelsea Bruck. A memorial service will take place on December 10, 2016 at 10:00 am, at the Divine Grace Parish, 9207 Joseph Street, Maybee, MI 48159. A celebration of life will be held in the spring at Torch Lake, a date a time to be announced. Arrangements entrusted to Kalkaska Funeral Home and Cremation Services.

The family of Carl "Frank" Francis Brant created this Life Tributes page to make it easy to share your memories.

Send flowers to the Brant family.